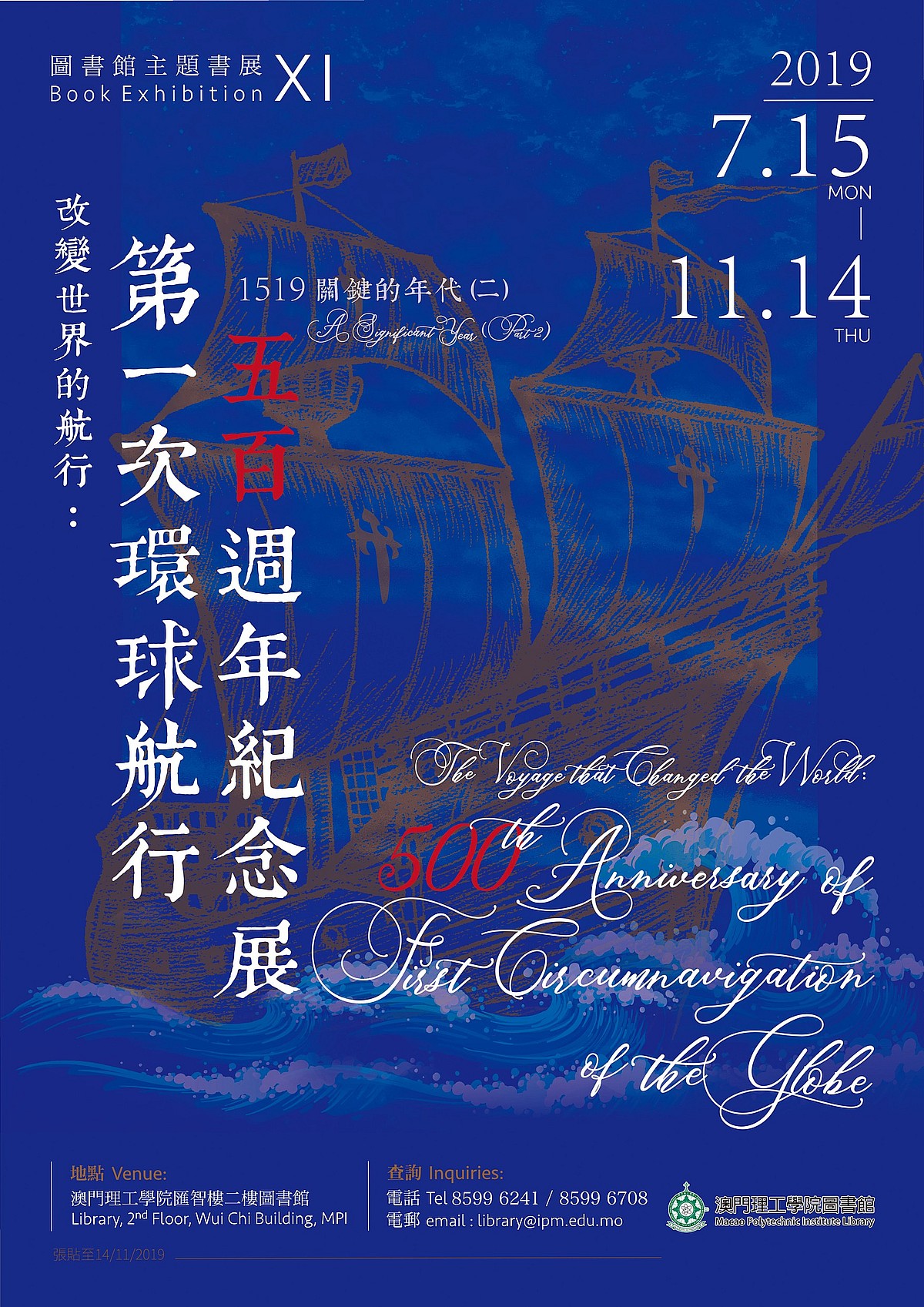 1519 – A Significant Year (Part 2) - The Voyage that Changed the World: 500th Anniversary of First Circumnavigation of the Globe

In 1519, Leonardo da Vinci died, Michelangelo was working in Florence for Pope Leo X, Hernán Cortés entered and conquered the Aztec capital of Tenochtitlan. The Renaissance and the Age of Exploration were in full bloom.

Also in 1519. Portuguese navigator and explorer Fernão de Magalhães (1480-1521), known as Ferdinand Magellan, set sail from Sevilla, Spain on September 20, 1519 with five ships and 270 crews. With the backing of the Spanish king, he hoped to find a way to sail west to the Spice Islands, in what is modern-day Indonesia Maluku Islands. That would enable Spain to circumvent the 1494 Treaty of Tordesillas, which gave Portugal the right to sail eastward around Africa, the only known route to the Spice Islands.

Big water and ferocious storms pounded the expedition. Scurvy and starvation decimated the crews. Mutiny, shipwreck, and a massacre were all a part of the backstory.

Fourteen months passed before Magellan reached the strait at the southern tip of South America that now bears his name (Strait of Magellan). When he and his men emerged from it a month later, they became the first Europeans to see what they dubbed Mar Pacifico, the Pacific Ocean and completed the first crossing of the Pacific Ocean.

Magellan, however, never made it to the Spice Islands. He was killed by a poisoned arrow while helping one tribe in the Philippines attack another. Just two ships made it to the Spice Islands, and only one of them—the Victoria—was seaworthy enough to resume the journey. Rather than return the way they came, the surviving crew continued sailing west. In September 1521, the Victoria, captained by Juan Sebastián Elcano (1476-1526), reached Spain, completing its circumnavigation of the globe for the first time in history! Only eighteen of the original 270 crew members survived the three-year voyage.

The Magellan-Elcano expedition literally changed the world and our knowledge of it, proving that the Earth was actually a sphere, finding a passage that connected the Atlantic and the Pacific Oceans (Strait of Magellan) and discovering new territories like the Philippines and Guam. The route of Magellan established commercial contacts between East and West, started new commercial and economic model. This model survives today and is called "globalization".

Magellan braved a journey with no precedent; he took daring steps, and in turn, uncovered much information for Europe. And, with strong will and perseverance, one can fully explore fresh ideas that would enhance our technology, science, and exploration. Society has thrived because of men like Magellan with no mental limits. His character undoubtedly embodies that of a hero. As he and his crew suffered in the Pacific Ocean, Magellan had the courage to persevere and change the world.

Our second exhibition in the series of "1519 - A Significant Year" is to commemorating this historic 500th anniversary of the expedition.